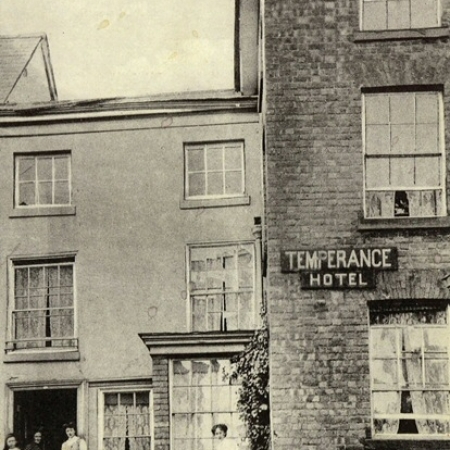 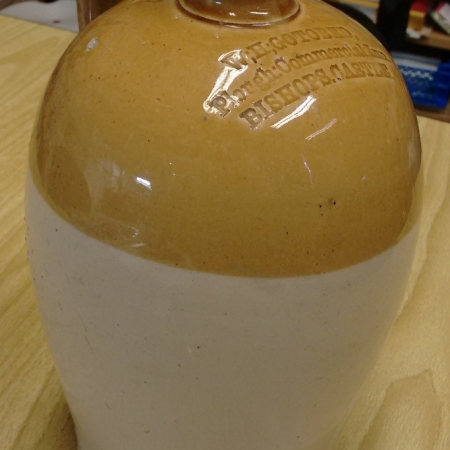 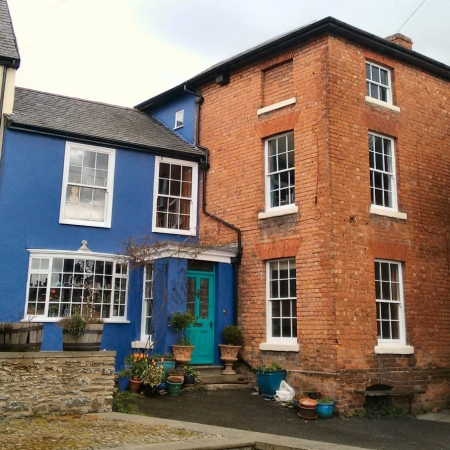 Although first licenced as an Inn in 1822, sale documents show that it existed as an Alehouse from as early as 1786 and is described as being “near the Market House” – (the old Market Hall in Bull Street/Salop Street) “and lives of John Bright and Richard Marston – 56 & 48); house and shop adjoining”.  It had a good market room where millers and corn dealers met farmers to purchase their produce.

Around 1868, one landlord, William Henry Gotobed (28), renamed the pub to The Plough Commercial Inn and advertised in the Wellington Journal 25th July “A Globe Shooting Contest on Wednesday 5th August to win a superior No. 13 G ROOKE Double Barrel gun.  20 members paying 10 shillings, contest to start after the arrival of the 12 ‘clock train”. He also had advertising spirit jars made, see image above.

A month later he is advertising again, but this time, the sale of the contents of The Plough Commercial Inn, including 11 dozen NEW gallon & half gallon spirit jars .

His next appearance in the records is in the 1881 census as an unmarried,  lodger in Lancashire. He also had two periods in prison for embezzlement! His wife and two children continued living in No. 6 Salop Street. We have the jar above in the House on Crutches Museum.

Research is ongoing. Do you have any information or pictures of any of the pubs of Bishop’s Castle? We’d love to hear from you.

The Plough Inn or Temperance Hotel