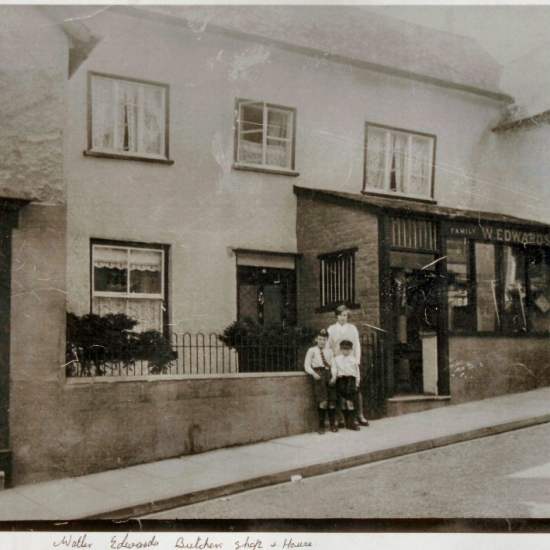 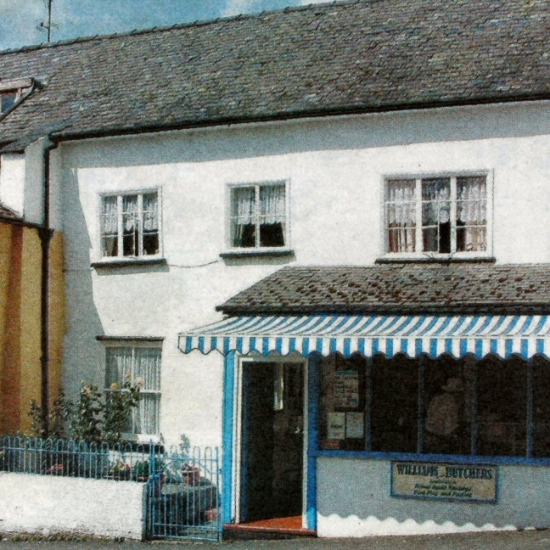 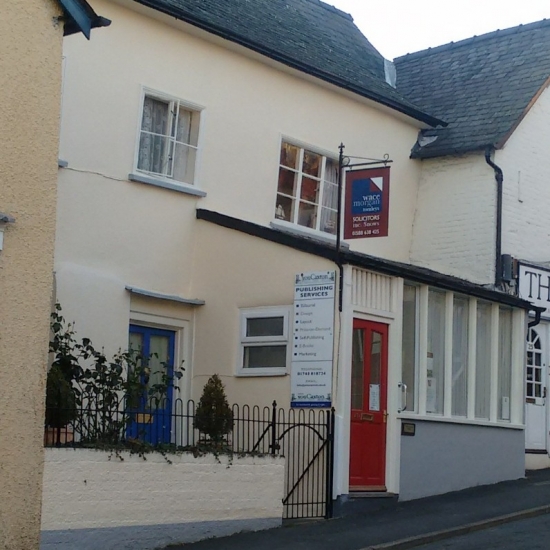 Pub signs can play on the double meaning of Nag — a horse or a scolding woman.

Powis Estate Rent Books recorded Thomas Gwilliam paying 4/6p rent for “The Naggs Head” from before 1771 to 1781, after which The Universal British Trade Directory in 1791 records his wife Jane Gwilliam as Victualler at the Nags Head, when she would have been 83 years old!

Two years later, Archdeacon Plymley records Mrs Gwilliam as “poor”, paying £8 rent to Thomas Gough, baker, though the Archdeacon does not specify whether she is still running the pub. Shropshire Archive have an 1807 conveyance of ‘the Nag’s Head Inn and premises’ from Richard Vaughan to James Bayley Toldewey for £703. Perhaps at this juncture Mrs. Gwilliam moved elsewhere because an 1809 survey of Walcot estate holdings, within the Powis papers recorded Thomas Norton as Innholder at the Nag’s Head.

Despite her hardships, on 25th Feb 1809 the Lancaster Gazette recorded her death as,  “lately, at Bishop’s Castle, Mrs Gwilliam, aged 101, formerly of the Nags Head Inn, in that town: until a few days previous to her death, the faculties of her mind were unimpaired.”

The premises eventually became a private house, recorded in a sale document of 1908 as ‘formerly the Old Nag’s Head’, which implies it had long since ceased to be a pub. It became a butcher’s shop from 1919 until the 1990’s, and is now a private house and offices.

Research is ongoing. Do you have any information or pictures of any of the pubs of Bishop’s Castle? We’d love to hear from you. Contact us here.